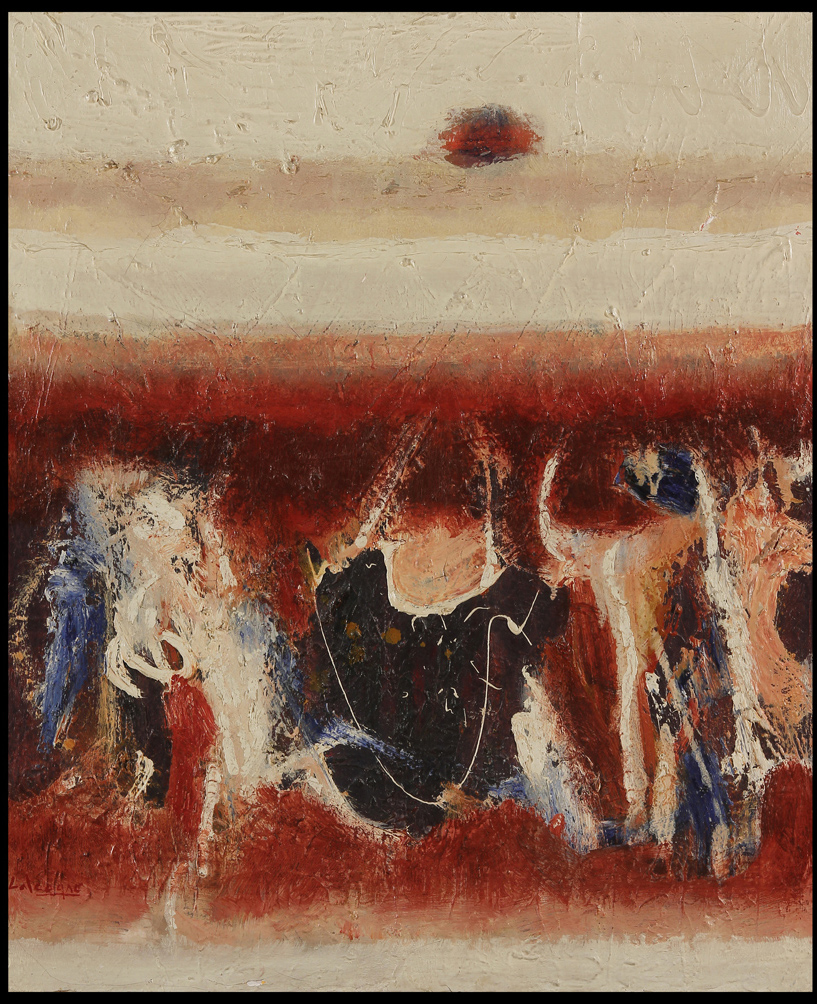 Lawrence Calcagno (1913 – 1993) was born in San Francisco to Italian immigrants. At the age of ten his family moved to their ranch in the Santa Lucia Mountains, Monterey County, and there he lived until 1935 when he left to join the merchant marines and traveled to Asia. After a few years in the Army, Calcagno enrolled at the California School of Fine Arts in San Francisco. He developed a gift for teaching as well as painting, working at New York University and eventually Carnegie Mellon University.