The San Francisco Art Institute was home to a group of abstract artists who rivaled the New York school for innovation, authenticity, and rebelliousness. The SF school as it has come to be known flourished in San Francisco’s “live and let live” atmosphere. Surrounded by the bay area landscape, they imbued abstract expressionist painting with a deep sense of nature and produced art forms seen nowhere before and nowhere since. The paintings we show are carefully selected examples that document the spirited uniqueness of this group.

In the post-war years, the SF Art Institute played a major role in developing San Francisco’s international reputation as a tolerant and innovative environment for art, music, and political expression. The school was particularly influential in nurturing an open-minded atmosphere and as a result many of these rebellious and creative artists mixed with the poets, writers, “The Beats”, and jazz musicians, to help bring new ideas of freedom and creativity to the San Francisco Scene.

Unlike other art schools in the country, the studios and classrooms in SF became full of ex-soldiers who had disembarked on the West Coast with money from the GI Bill for their tuition.

The faculty, with locals Hassel Smith, Richard Diebenkorn, and David Park, was quickly joined by artists such as Clyfford Still, Mark Rothko, and Ansel Adams, to enhance the programs.

The effects of active combat deeply influenced the brand of rebellious politics, defiant attitudes, and the subjects these SF artists expressed in their painting. With horrid memories and experiences in their minds these veterans quickly formed fraternal alliances and embraced Abstract Expressionism as an important and cathartic way to release and express sensitive and emotionally charged feelings about the present state of our country and the world. There was a deep usually non voiced understanding these soldiers had and it lent something unique to the style of art they developed. While some of those feelings were anger and disgust, others showed appreciation of nature, improvisational jazz, and poetry. With the strong philosophical unity of these artists, a general comfort and non-proprietary attitude in the sharing of ideas and techniques became routine.

In sharp contrast, The New York School did not have these same feelings of unity and their artists influences and ideas were not as freely traded back and forth. Part of this was brought about by the fact that NY provided unparalleled opportunities for recognition through the numerous galleries and strong patrons, along with the enormous power of the critics and press.

San Francisco artists, with few chances to sell or promote their art were resigned to a much more supportive and interactive sharing of encouragement. 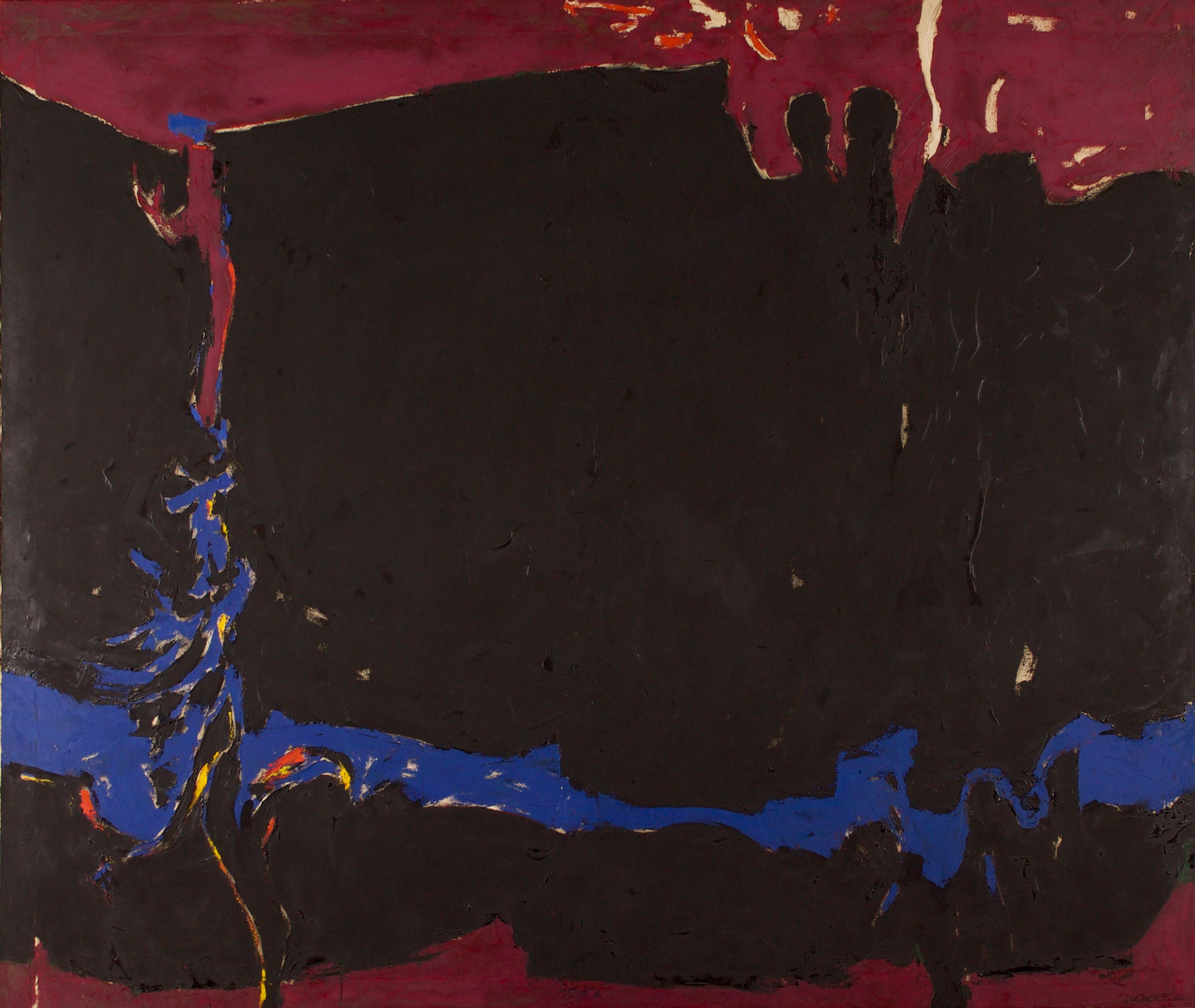