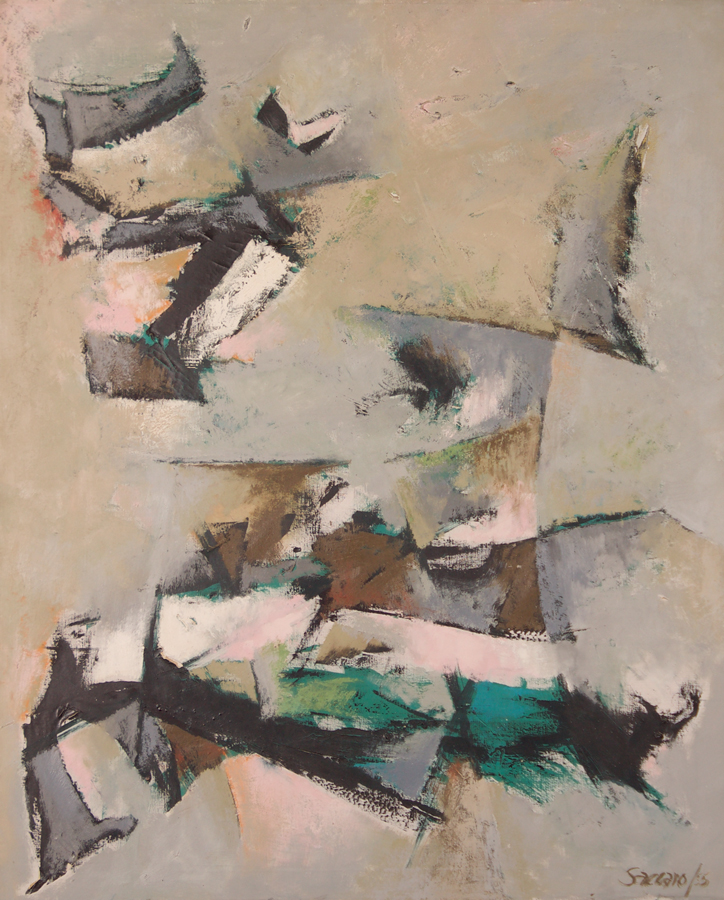 After graduating, he began painting in the abstract style he is most famous for, which he called Sensorism. To Saccaro, Abstract Expressionism was not just about creating a painting through spontaneous actions; to him, he had to create something. He had to deliberately create an abstract image that captured some kind of energy or emotion. ” I never went for the little business of dripping the paint on the floor or jumping up to the canvas and making stripes. No, I always had to come up with some sort of an image… I couldn’t explain what the image was, I couldn’t say even when I gave it a title, I couldn’t make you really see what I saw because everybody sees different. But I had to have something there. And you can see that in every [painting].” Saccaro continued to paint in this Sensorist style with much success.

Saccaro’s utilization of slashing, angular brush work and high contrast color palette made him popular amongst institutions such as the De Young Museum, the Bolles Gallery in New York, the Oakland Museum, and the San Francisco Museum of Art.

1958 the Oakland Museum of California

1954 The Oakland Museum of California

1962 California Palace of the Legion of Honor

1973 The Oakland Museum of California