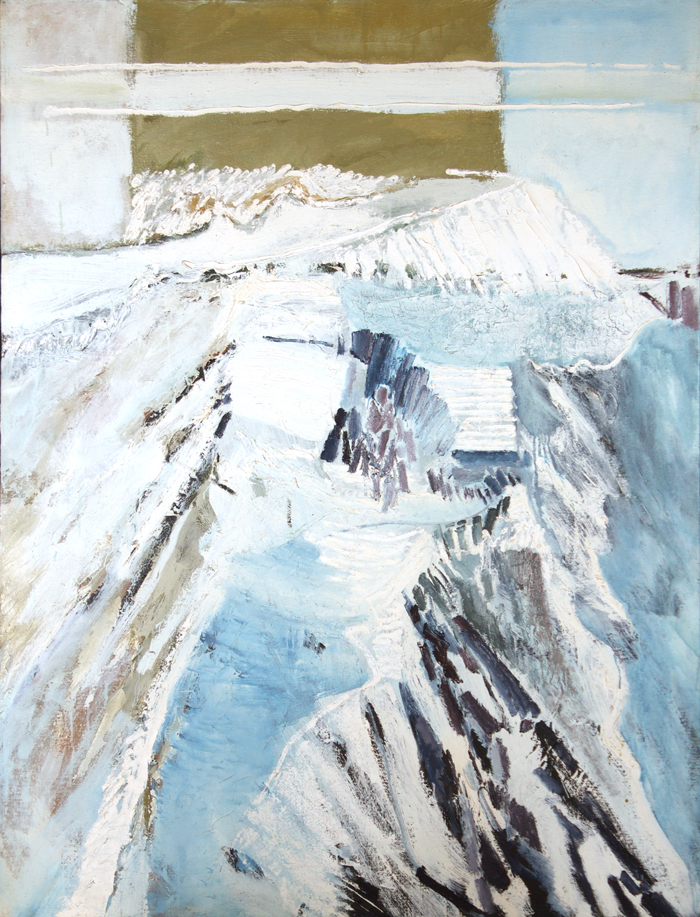 Born in San Francisco in 1929, William Paul Morehouse attended the California School of Fine Arts from 1947-50. Clyfford Still considered Morehouse one of his most talented students and asked him to function as his teaching assistant. Although one of the youngest students at the school, he was singled out by Marcel Duchamp during the dada artist’s visit to the campus in 1949. Along with a number of Styll’s other students from the CSFA, Morehouse helped to found Metart Galleries, among the first of San Francisco’s alternative exhibition spaces. Styll was to have a solo exhibition there in 1950. After returning from the Korean War as a Master Sergeant in the infantry (awarded a purple heart), Morehouse studied at the CCAC, then returned to the CSFA and received his BFA in 1954. Later in 1954, he was included in the group exhibition, Younger American Painters, at the Solomon R. Guggenheim Museum in New York, along with deKooning, Diebenkorn, Motherwell and Jackson Pollock.