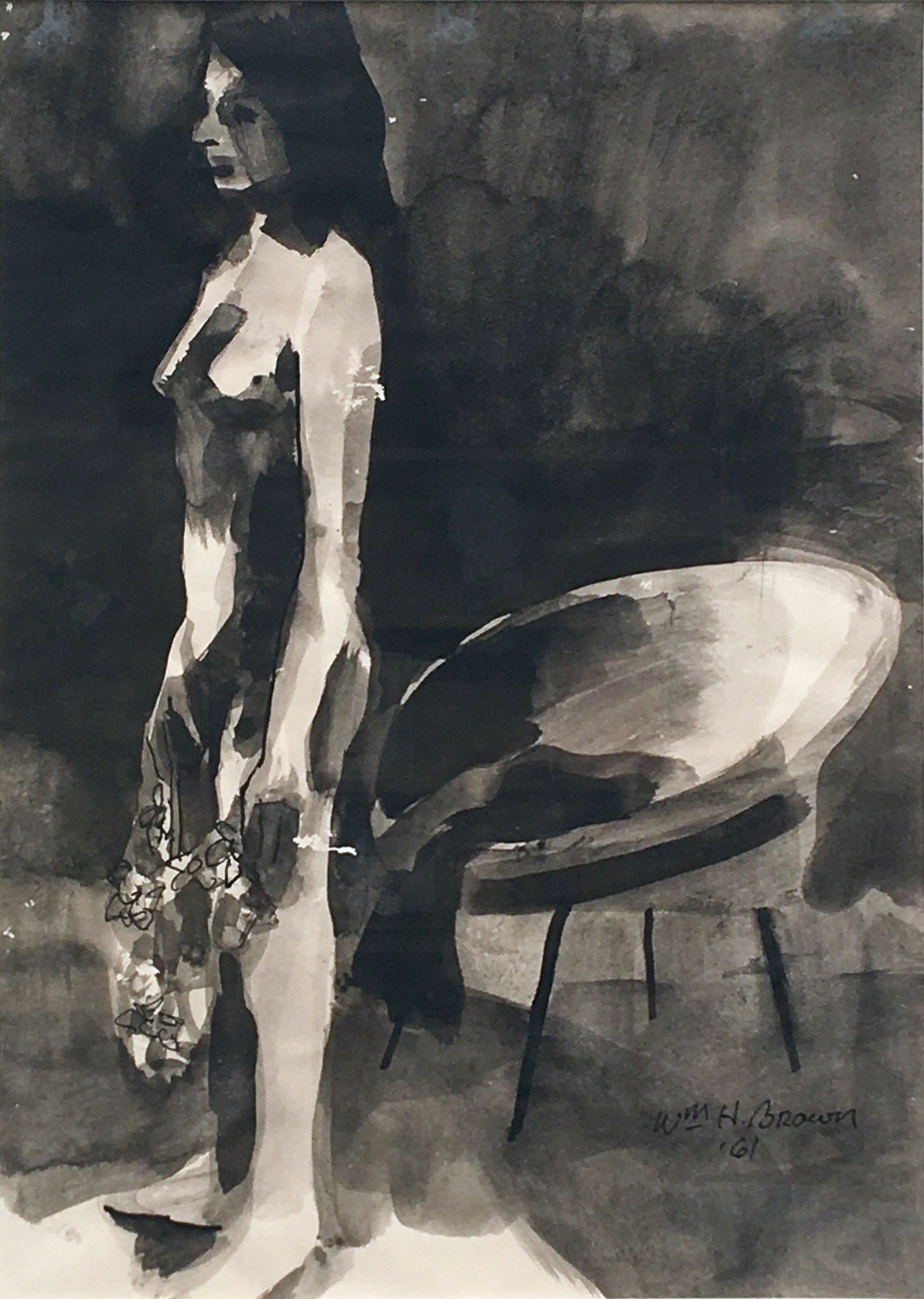 Born in Oakland, California, Brown attended San Francisco State College, the American Art School in New York, and California School of Fine Arts (now San Francisco Art Institute). Brown worked in a Bay Area Figurative style and his paintings of the late 1950’s – while he was married to painter, Joan Brown – were reminiscent of Edward Hopper. In the 1960’s he moved toward a more precise and hard-edge style. He left for Europe in the mid-1960’s, and was living in Bristol, England when he died in 1980.