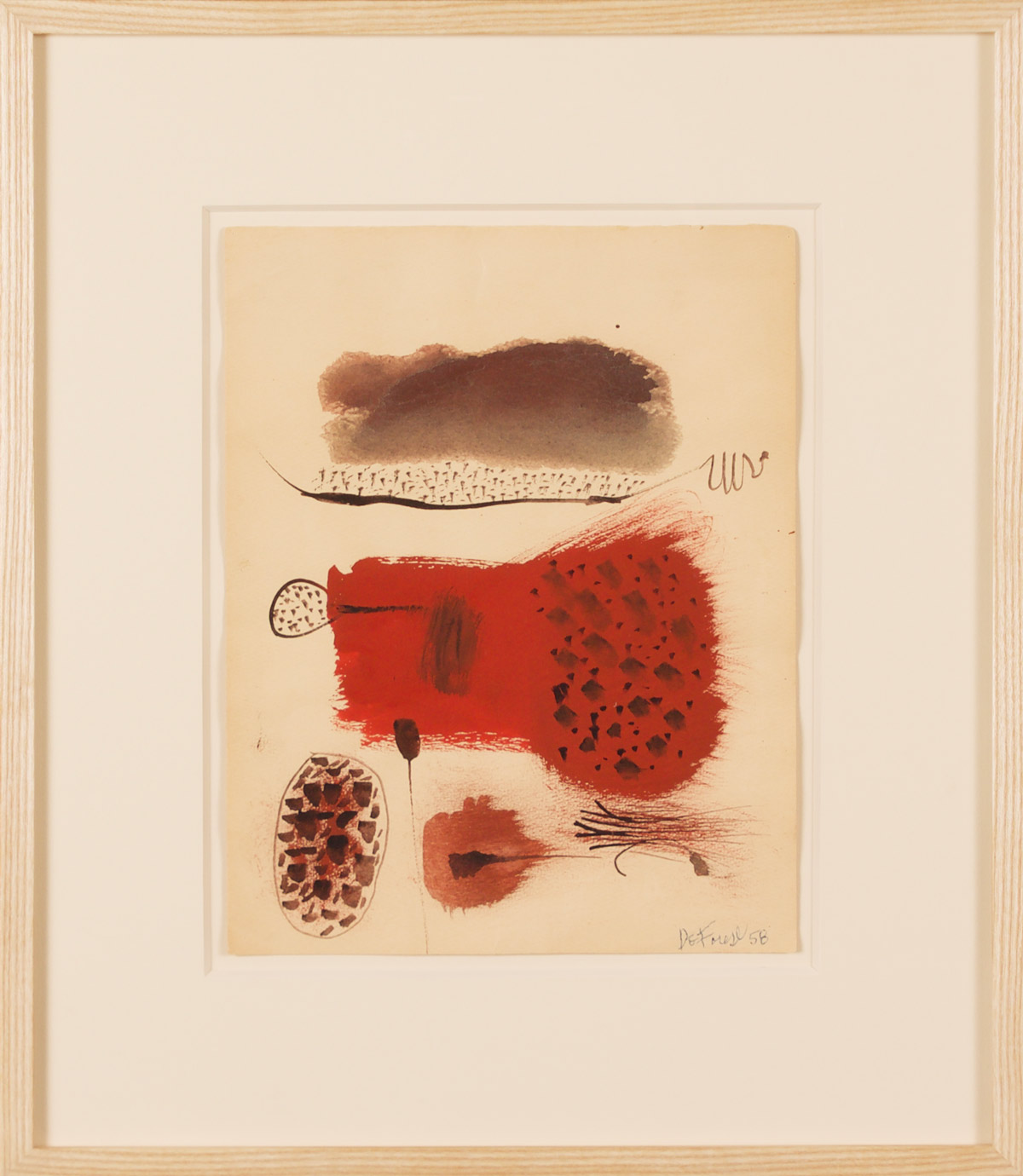 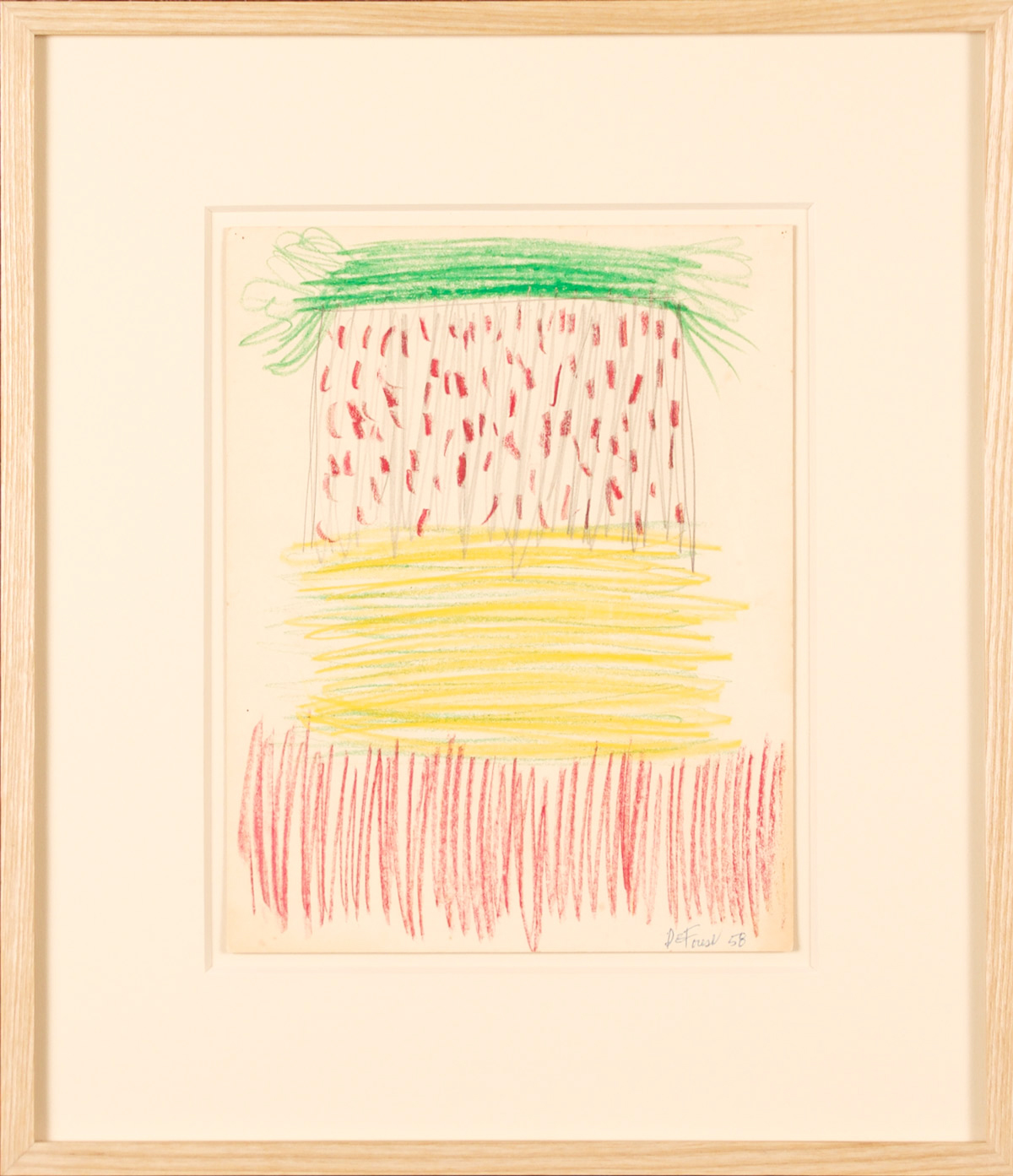 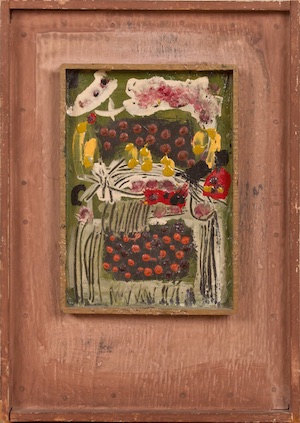 Born in 1930 in North Platte, Nebraska, Roy De Forest spent the bulk of his youth in Yakima, Washington where he began his education in the arts. In 1950 he relocated to California to study at the California School of Fine Arts, where he earned his bachelor’s degree. After serving in the US Army during World War II, De Forest went on to earn his master’s degree at San Francisco State College.

His first exhibition in 1955 reflected the influence that the Abstract Expressionist movement had on him, but by 1960 his work had grown more representational and suggestive of both human and animal forms.   Origins and relationships between the forms that De Forest created grew more personal and suggestive of dream-like worlds and ideas.

In addition to painting, De Forest also taught at the University of California, Davis alongside renowned artists such as Robert Arneson, Manuel Neri, Wayne Thiebaud and William T. Wiley. Of their group collaborations, Renny Pritki of Nelson Gallery remarked, “history was made…when five great artists came together on the same faculty for over a decade and changed the nature and perception of art in California forever”. A group show of their art became a touring retrospective organized by the San Francisco Museum of Modern Art in 1975.

UC Davis in the 1960s became a hub for Funk art and De Forest, along with Wiley, Arneson, and David Gilhooly collaborated on many group exhibitions associated with the movement. De Forest was responsible for the off shoot of Funk art, coined “Nut art”, that embraced humor and fantasy to create alternative worlds using artistic tools.

De Forest received a National Endowment for the Arts Award and took part in many successful exhibitions at institutions such as the Whitney Museum of American Art, the California Palace of the Legion of Honor, and the San Francisco Museum of Modern Art. He passed in 2007.