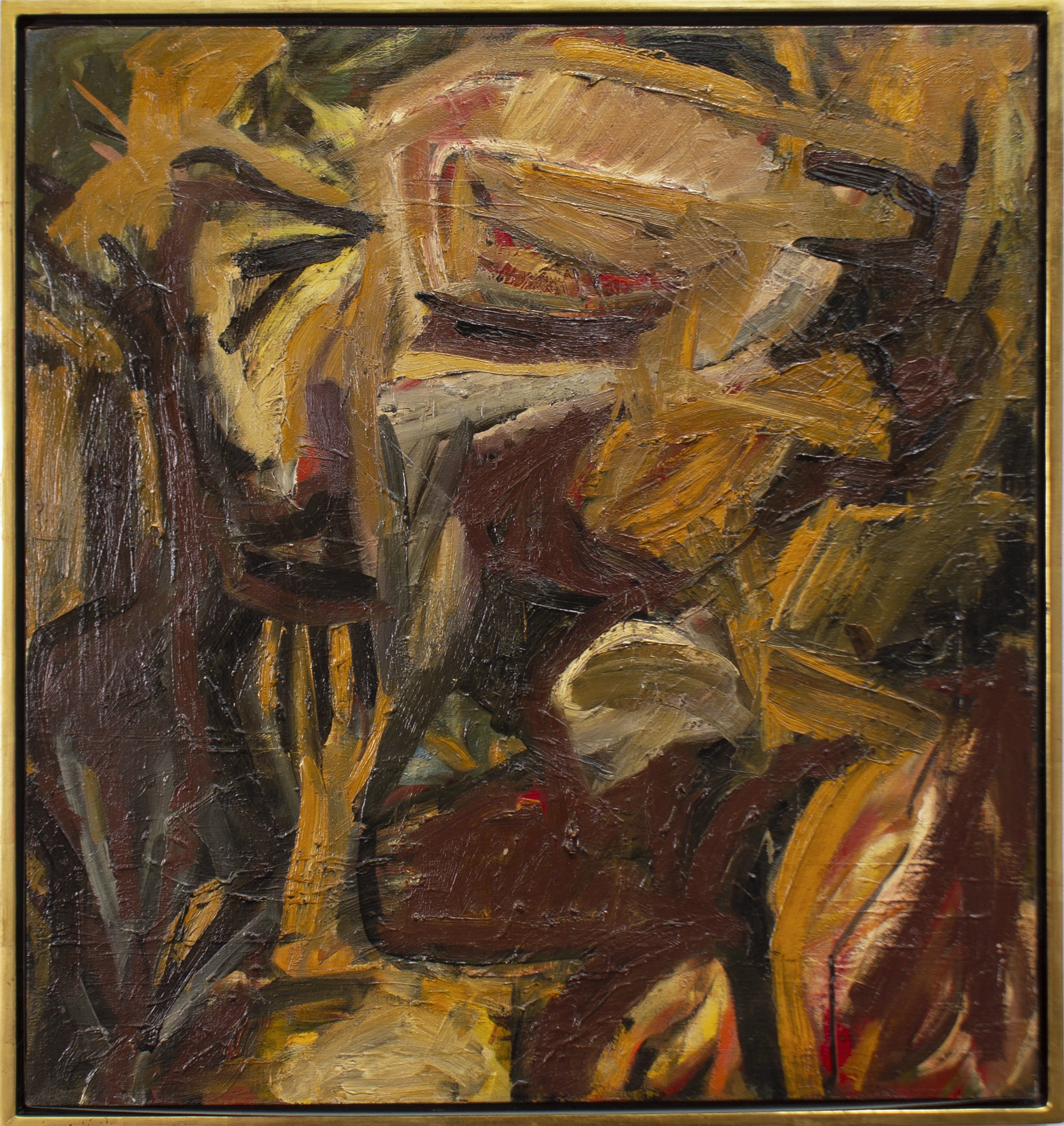 Relf Case attended the California School of Fine Arts, San Francisco from 1950 to 1952. He was an expressive early Beat artist in San Francisco who exhibited at the 6 or Six Gallery between 1954 to 1957. The Six is most well-known for a group of poets and artists who created an October 1955 performance around the first public reading of Allen Ginsberg’s poem Howl. Case also exhibited at additional galleries such as the Lucien Labaudt Gallery, and the King Ubu Gallery as well as group shows at the California School of Fine Arts. Walter Hopps included Case along with Jay Defeo, Hassel Smith, and other notable Bay Area artists in the groundbreaking exhibition Action I at the Merry Go Round Building at the Santa Monica Pier in 1955.