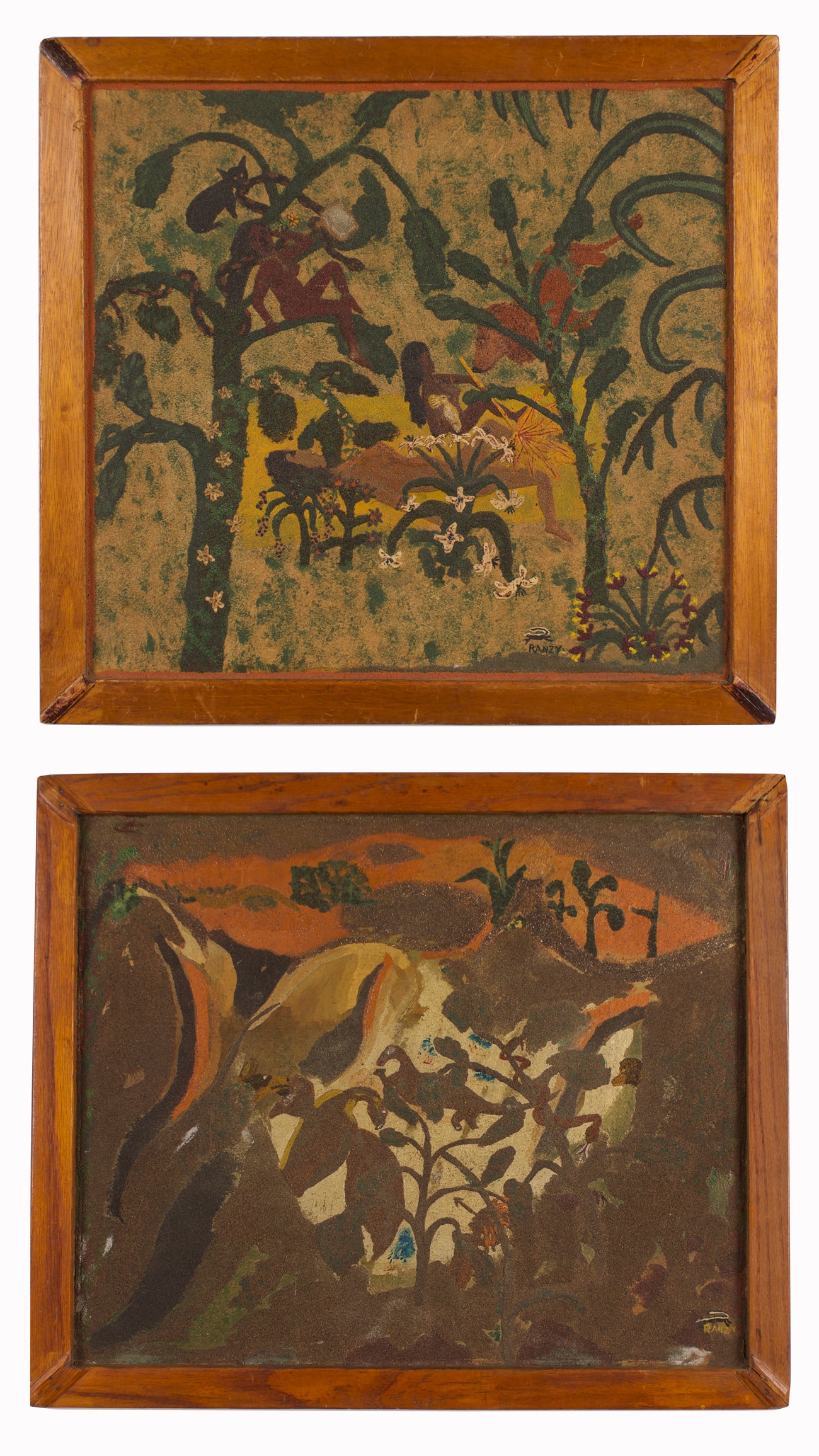 Ranzy (born 1894) is the pen name of a Kiowa Peyote Priest known for relying on peyote-inspired visions as inspiration for his bizarre, outsiderish paintings in sand. He also went by the charmingly self-deprecating pseudonym Chief Charging Skunk and signed his work with the name Ranzy and a picture of a skunk.

Ranzy was born in Weatherford, Texas and spent his childhood in Oklahoma, home to the Kiowa. He served in the U.S. Army for eight years and eventually moved to Stockton, Ca. But it is likely he made these paintings while still on the Southern Plains.

He is described in the press release to the 2008 exhibition at Braven Gallery as having produced very little. That probably explains why there is such a poverty of information about such a strange and fascinating artist. His use of psychedelics in studio practice predates that of his euro-centric counterparts in the counter culture by 30 years. His comfort fusing styles and cultures, sand painting with christian iconography, predates by a decade the hybrid modernism of the Indian space painters. His images are crude, bizarre, borderline indecipherable things that look more like 19th century needlework samplers than any kind of painting taking place in his lifetime.

What else could viewers to the Butler Institute of Contemporary Art in 1958 have thought when they saw Ranzy’s obscure, hermetic narratives hanging in a room full of bold, outgoing abstractions but that the native american painter belonged in his own category. Sixty five years later that still seems true.