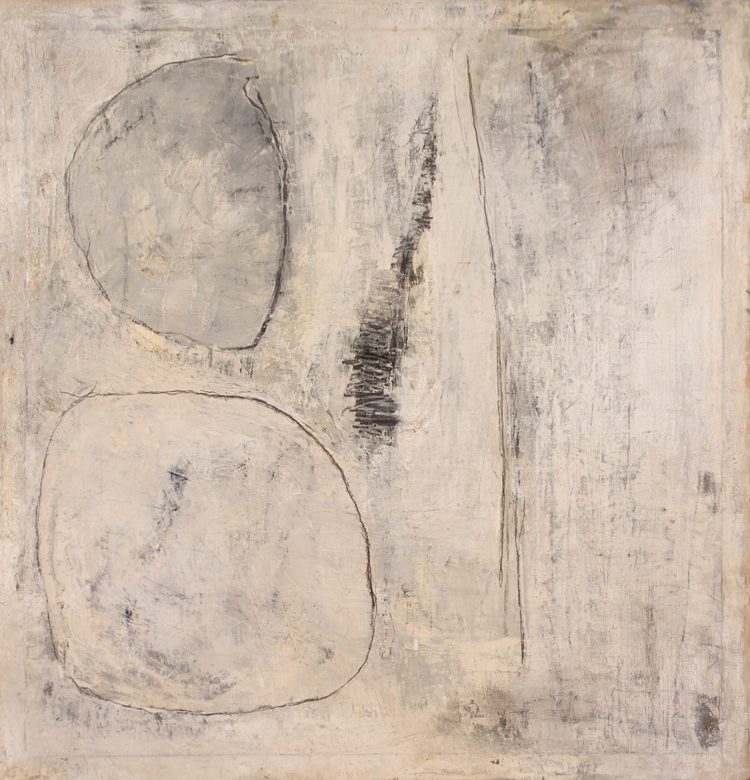 Born in 1913 in rural Colorado, much of Roeber’s formative years were spent moving from one sharecropping farm to another. He continually worked as a hired hand until eventually he got his first regular paying job in a steam laundry as a marker and washer. The passing of his father in 1933 in combination with the death of his eldest brother in 1936 led Roeber to refer to this time in his life as the “gradual disintegration of the family”.

He continued his exploration of art at the California School of Fine Art in San Francisco from 1948-1952. It was there that he cohabitated with the likes of Hassell Smith, Ernest Briggs, and Sonia Gechtoff. He began cultivating his unique artistic voice through the use of collage.
In 1960 Roeber received a Lannan Foundation grant and spent the year working in Provincetown, Massachusetts. During the late sixties he lived and painted in New York City, returning to Provincetown in the summer. Though he received much acclaim from many of his contemporaries, Roeber never desired commercial success and felt at odds with the commodification of art. Despite this, Roeber still occasionally participated in gallery showings and has been exhibited in several noteworthy museums.