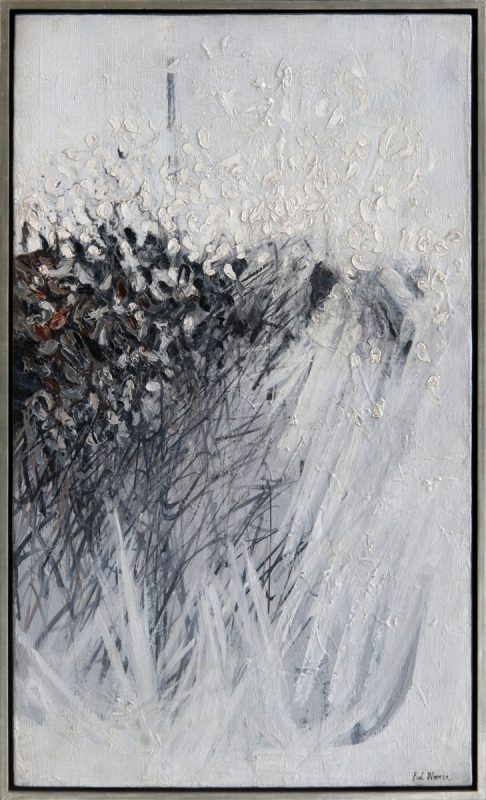 Paul Wonner was born in Arizona in 1920 and after his early education in art, set out to California to attend the California College of Arts and Crafts. After some time spent with the United States Army, Wonner settled in New York but later returned to the Bay Area, where he exhibited at the Oakland Museum of California. He continued in the world of education with teaching positions at the University of California, Santa Barbara and various schools in the Los Angeles Area.