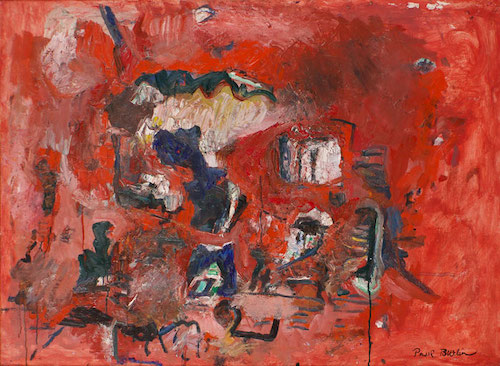 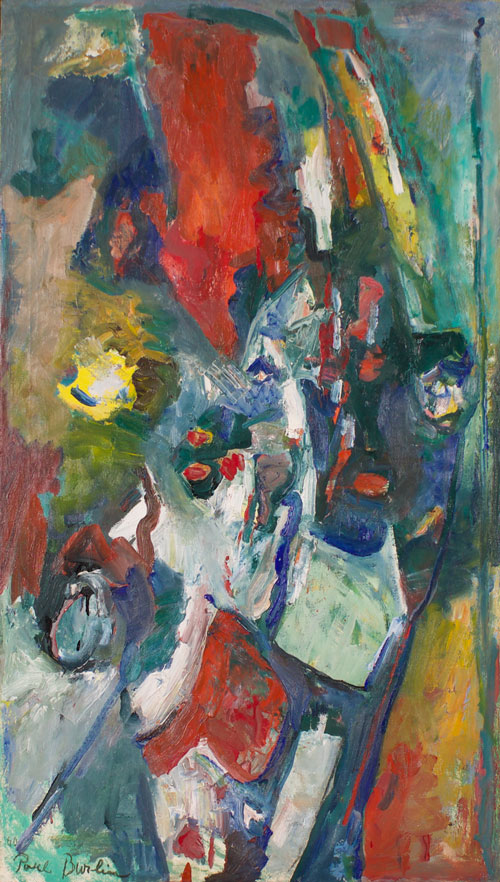 Born in New York City, Paul Berlin was a semi-abstract painter who achieved early success as a landscape, portrait, and mural painter in New York.
His early art education was at the National Academy of Design, and he also studied art in England.  In the 1920s, 30s and 40s, he exhibited and lectured widely and was well known nationally.

Inspired by a 1913 visit to the Southwest, he became an early member of the Santa Fe school of western painting and did Indian portraits and landscapes including the Grand Canyon.  In the 1912 Armory Show exhibition, he was one of the youngest members in the exhibition and the only painter who had visited the Southwest. However, his abstract, expressionistic style was viewed suspiciously by other painters in the West.

Burlin continued to visit the Southwest, and in 1917 married Natalie Curtis, a woman from New York who had studied in Europe and who subsequently lived in New Mexico and Arizona and devoted herself to preserving the culture, language and traditions of  Native Americans.  She was especially focused on the songs and chants of the Hopi Indians.  Curtis and Burlin lived in Santa Fe, but in 1921, Curtis, age 46, was killed in Paris by an automobile when she and her husband were in Paris attending an International Congress on the History of Art.

Burlin taught at the Art Students League summer school in Woodstock, New York after it was re-established, following World War II, in 1947.  He was a member of the American Congress of Artists and was active in the Provincetown Art Colony. He taught at the Colorado Springs Fine Art Center, the University of Wyoming, and Washington University in St. Louis.
A fellow of the MacDowell Colony, in Peterborough, New Hampshire, Burlin was represented in an exhibition in 1997, “Community of Creativity: A Century of MacDowell Colony Artists,” that traveled from the National Academy of Design, New York City, to the Wichita Art Museum, Kansas.