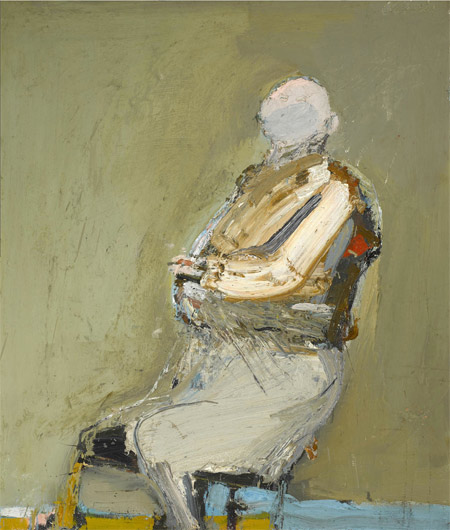 Nathan Oliveira was born in Oakland, California to parents of Portuguese descent. After earning his undergraduate degree from the California College of Arts and Crafts, he continued his education at Mills College where he earned his Master of Fine Arts degree. After a brief stint in the Army, Oliveira returned to Oakland to pursue a career in teaching and eventually became the head of the graphic arts department at the California School of Fine Arts. He achieved much recognition throughout his career, eventually receiving a Guggenheim Fellowship in 1958. His work continues to be shown in multiple prestigious institutions and belongs to numerous collections.