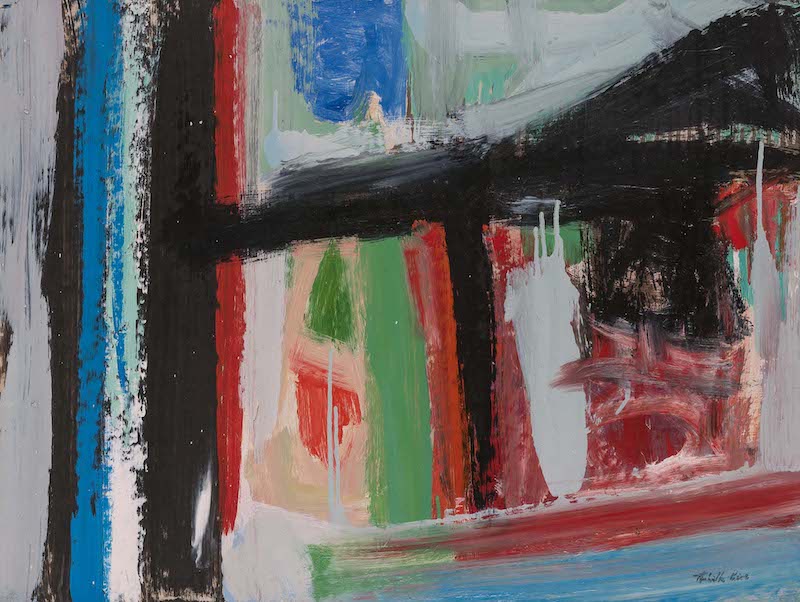 Melville Price was one of the youngest of the first generation Abstract Expressionist circle of painters working in New York after WWII. Though only in his late twenties he began exhibiting in 1948 in New York at Hugo, Bodely, Iolas and Egan galleries. After The Depression, unable to afford formal schooling, Price began studying informally at the Art Students League, the New School for Social Research and the National Academy of Design. Prior to his father’s death Mel befriended the painter Joseph Stella who became his artistic guide and mentor, introducing him to the avant-garde styles of cubism and surrealism and encouraging the younger painter to experiment. Price also got a job with the WPA where he met the older generation of modern painters including Gorky, de Kooning, Pollock and Kline. Franz Kline, in particular, became a life-long friend and soul mate.

When the “Club” was started Price was invited to join and forged close relationships with other members of the New York School including Fritz Bultman, Giorgio Cavallon, Weldon Kees, Bradley Walker Tomlin, Robert Motherwell, Milton Resnick and Conrad Marca-Relli. In 1951 he was honored to be included in the 9th St. Show, the premier event of the Abstract Expressionist movement.
In 1951 he and Kline accepted part-time jobs teaching in Philadelphia at the Museum School.  After the first year Price moved full time to Philadelphia where he began exhibiting with Dubin and Hendler galleries. In 1958 he accepted a visiting teaching position (which would become a full time appointment) at the University of Alabama where he remained the rest of his life.

He suddenly died of a massive heart attack in 1970. After his death Price was honored with retrospective exhibitions at the University of Alabama, the Speed Museum and the Corcoran Gallery. He is represented in numerous private and public collections including the Art Institute of Chicago, the Corcoran Museum of Art, the Los Angeles Museum County Museum of Art and the Milwaukee Art Museum.