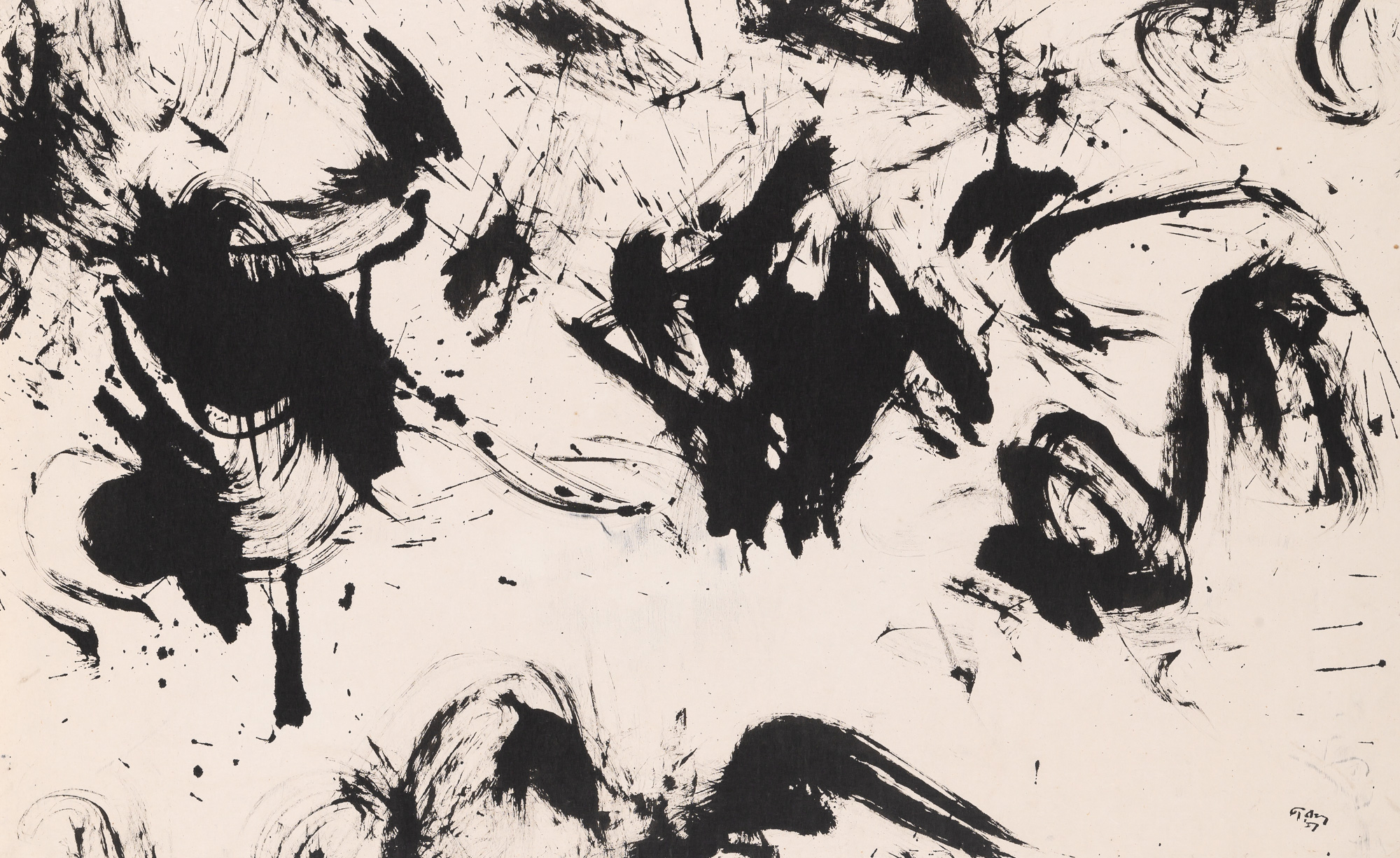 Provenance:
Willard Gallery, New York
Acquired from the above by Emily McFadden Harrison Staempfli
Thence by descent to Randolph Harrison
Thence by descent to the Estate of Randolph Harrison
Exhibited:
The Collection of Emily McFadden Staempfli, May 24 – Sep. 2, 1968, The Philadelphia Museum of Art, Philadelphia
Authentication:
Achim Moeller, Managing Principal of the Mark Tobey Project LLC, has confirmed the authenticity. The work is registered in the Mark Tobey archive with the number MT [362-04-11-22]

Born on December 11, 1890 in Centerville, WI, Mark Tobey studied at the Art Institute of Chicago from 1906 to 1908. Working as a fashion illustrator, first in Chicago then in New York, before becoming involved in the mystic faith of Bahai in 1918. Devoting himself to an abstraction which sought to unify space rather than separate objects, he visited a monastery in Kyoto and studied Zen painting, haiku poetry, and calligraphy. Influenced by this experience, the artist developed his signature style of “white writing,” in where white or light-colored calligraphic symbols were overlaid on an abstract field, as seen in his hallmark work Threading Light (1942).
During the 1940s, a younger generation of artists including Jackson Pollock, began utilizing the overall painting handling approach pioneered by Tobey. In 1951, the artist had a solo exhibition at the Whitney Museum of American Art, the show traveled throughout the country and established Tobey as an integral figure in the art world. He died on April 24, 1976 in Basel, Switzerland. Today, the artist’s works are held in the collections of the Metropolitan Museum of Art in New York, the Tate Gallery in London, the Phillips Collection in Washington, D.C., and the Art Institute of Chicago, among others.
Mark Tobey was known for his densely calligraphic paintings. Working in a method more contemplative than emotional, he once remarked, “I believe that painting should come through the avenues of meditation rather than the canals of action.”
Source: artnet.com