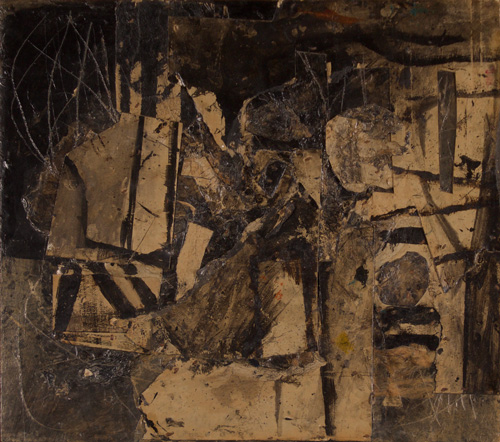 Luis Gutierrez was born in Pittsburg, California, in 1933. He received an A.A. degree from Diablo Valley College in 1954; a B.A. degree from San Jose State University in 1957; and an M.F.A. degree from the Instituto San Miguel Allende in 1958. He has taught at Pittsburg High School and San Jose City College.

Graduating from high school and having won a Bank of America merit award in art, Gutierrez enrolled at Diablo Valley College in 1952 and was mentored by an art teacher, who steered him towards obtaining a bachelor’s degree from San Jose State University. Supported by the patronage of further art professionals, Gutierrez finished his graduate studies at the Instituto Allende in Mexico’s San Miguel de Allende, an outpost of Berkeley art instructors, GI Bill students, and international modernism. There, Gutierrez continued working through the influence of Picasso and Matisse. Returning to San Jose, he took a teaching job at San Jose City College, where he inspired students with unorthodox assignments, such as making a piece based on a shameful secret, or drawing with the left hand, so as to circumvent the censorious left brain and its obedient right hand. Gutierrez assimilated aspects of Abstract Expressionism, the Bay Area Figuration, Beat, Funk, and Pop into his practice. Gutierrez retired in 1995.