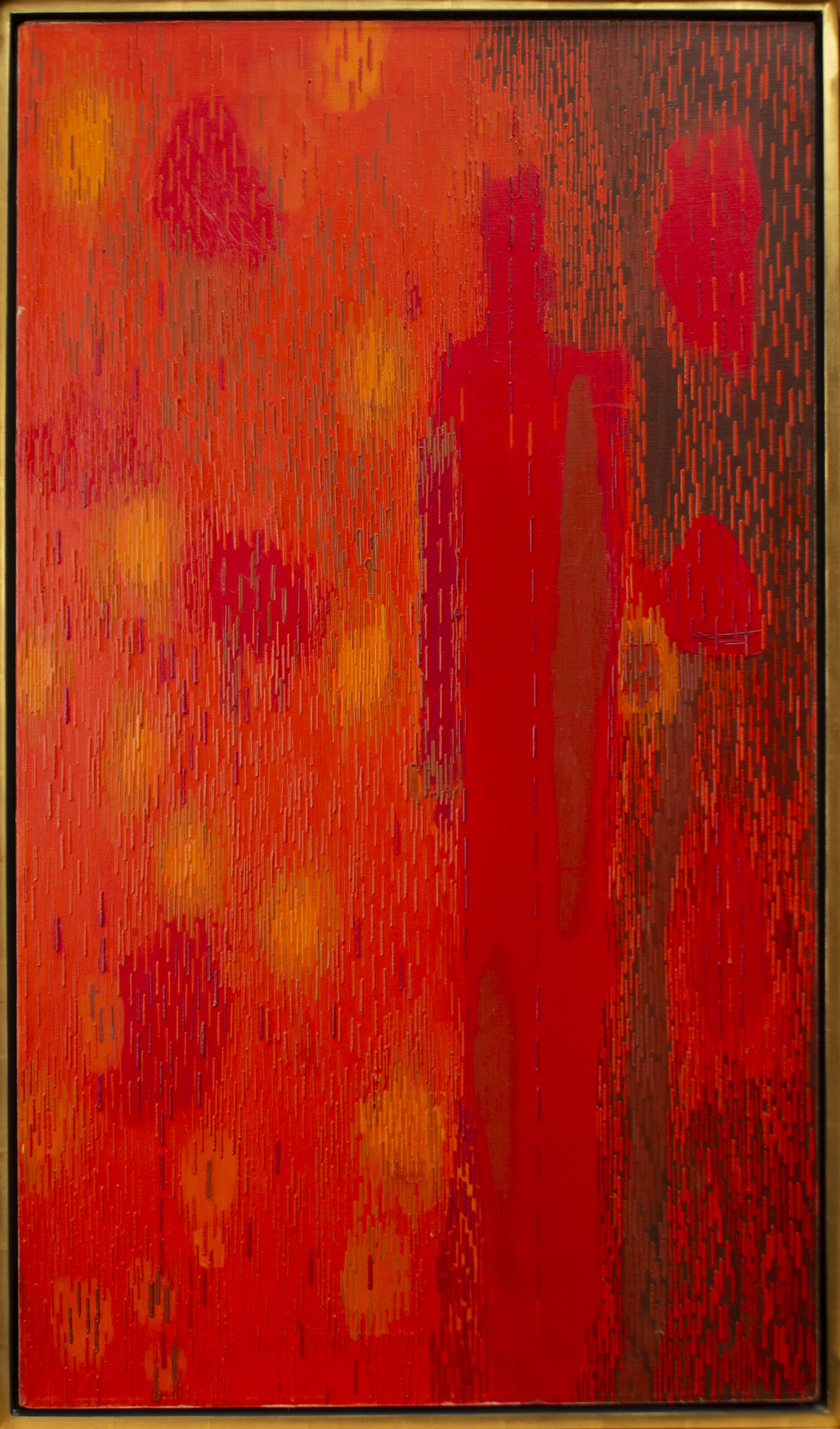 Lee Mullican was born on December 2, 1919 in the Midwestern town of Chickasha, Oklahoma.  He was introduced to art at a young age by his mother, an amateur painter.  Encouraged by his father, he initially enrolled at Abilene Christian College for two years before transferring to the University of Oklahoma for a year and established his first off-campus studio, followed by a brief enrollment at Kansas City Art Institute.

Drafted into the US Army corps of engineers in 1941, Mullican attended topographic school in Ft. Belvoir, Virginia before being stationed in Hawaii and eventually Japan.  Mullican used his considerable spare time during the war to explore his artistic development. Benefiting from available drawing supplies, access to internationally renowned museums, and the influence of art publications such as Wolfgang Paalen’s Dyn

In 1946 Mullican was invited to San Francisco by Jack Stauffacher, a printer who he had known during the war.  Here, he devoted most of his time to drawing and, when finances permitted, painting.  A Mullican painting hanging in Stauffacher’s printing studio was discovered by the former British Surrealist Gordon Onslow Ford. Immediately taking him under his wing, Onslow Ford introduced Mullican to the members of the San Francisco art community, including Wolfgang Paalen and his wife Luchita Hurtado.  Mullican, Paalen, and Onslow Ford quickly formed a collaborative artistic circle, culminating with the exhibition Dynaton in 1951.

With Paalen and his wife already divorced by this point, Mullican and Luchita Hurtado began a relationship and moved to Los Angeles after the birth of their son.  They subsequently married in