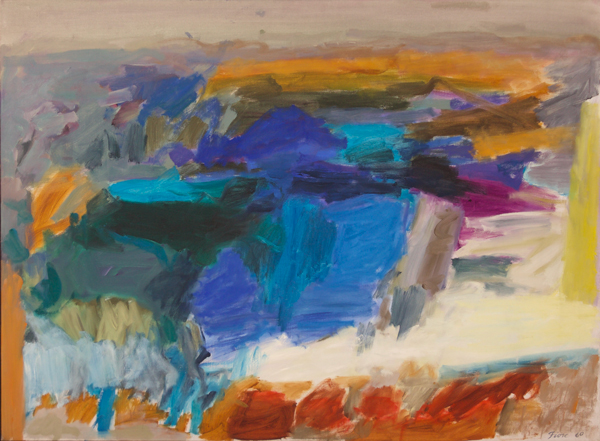 Born in 1925, Joseph A. Fiore studied at Black Mountain College under Josef Albers, Ilya Bolotowsky and Willem de Kooning from 1946-1948.  Fiore studied at the California School of Fine Art from 1948-49 and taught at Black Mountain College,  at the Philadelphia College of Art, Maryland College of Art and the National Academy.
At Black Mountain College, Mr. Fiore studied with Josef Albers and Ilya Bolotowsky. Later, he studied with Willem de Kooning, Jacob Lawrence and Jean Varda.
Joseph Fiore was a member of the 10th Street Art Scene in the late ’50s and ’60s, a group of galleries that showed his work and the work of Alex Katz, Lois Dodd, Bernard Langlais, and others.
In May of 2001, Joseph Fiore was awarded the Andrew Carnegie Prize at the National Academy of Design in New York. The Carnegie Prize is awarded “for painting,” at the National Academy’s Members’ Show and carries a stipend.