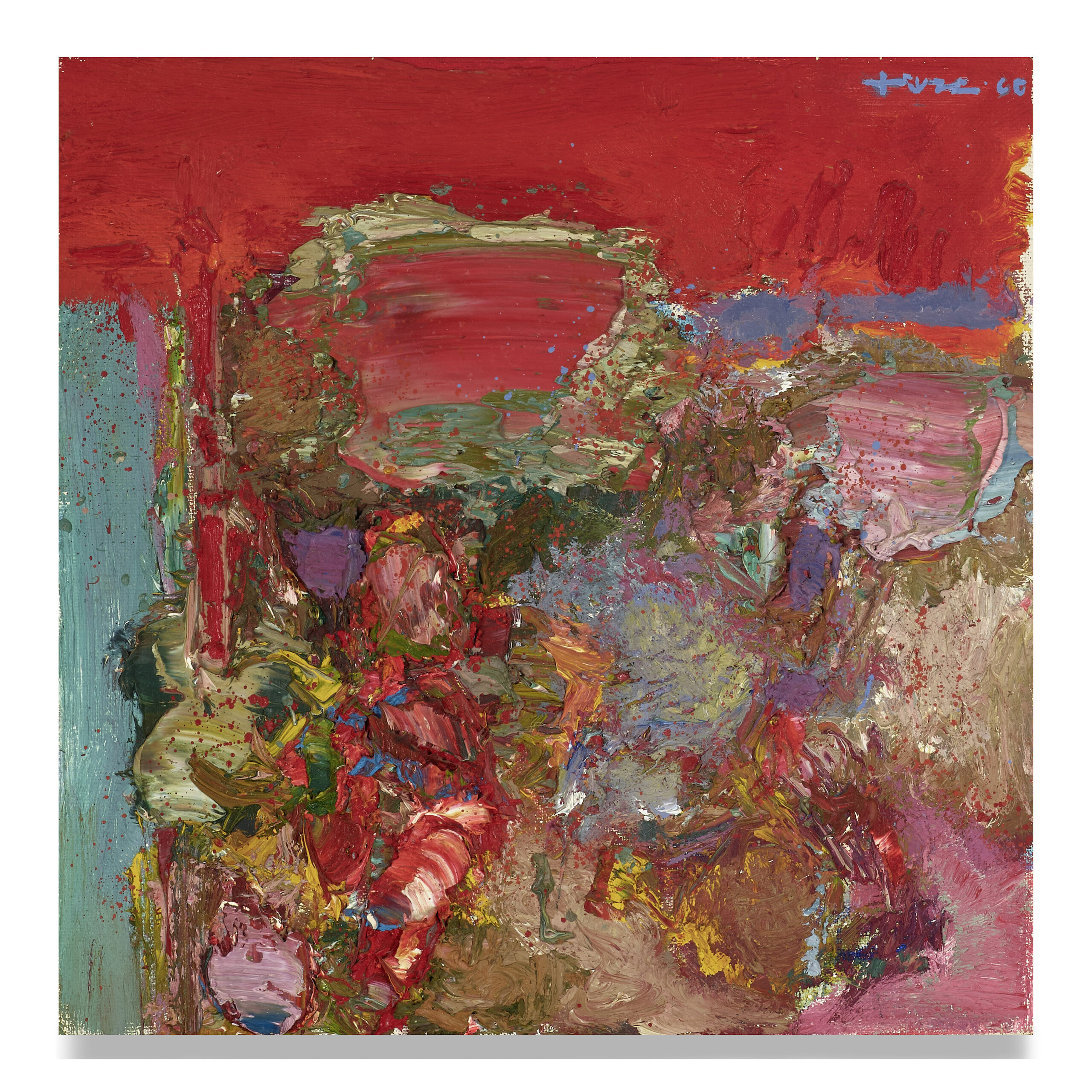 Born 1924 in Los Angeles, California, he is an American abstract expressionist painter.  Levee received his Master’s Degree in Philosophy from the University of California in Los Angeles.  He fought in the Second World War as an aviator and participated in the Liberation of France in 1944.  He has lived and worked in Los Angeles, Paris and New York.  He currently lives in Paris, France since 1949.

After the war he decided to stay to work as a painter in Montparnasse, France.  He studied art at the Art Center School in Los Angeles and at Academie Julian in Paris from 1949 to 1951.  His early painting was inspired by the New York School of Abstract Expressionism, which included Franz Kline, Robert Motherwell, Jackson Pollock, Mark Rothko, Ad Reinhardt, Willem de Kooning and Philip Guston, among others.  After a period of hard-edge painting based on geometric abstraction in the 1960s, Levee returned to his more spontaneous Abstract Expressionism style, often using collage elements with loose brush work typical of lyrical abstraction.

In recent years, the artist became interested in the use of mixed media on cardboard, assuming an abstraction further away from the geometric art to which he devoted much of his work.