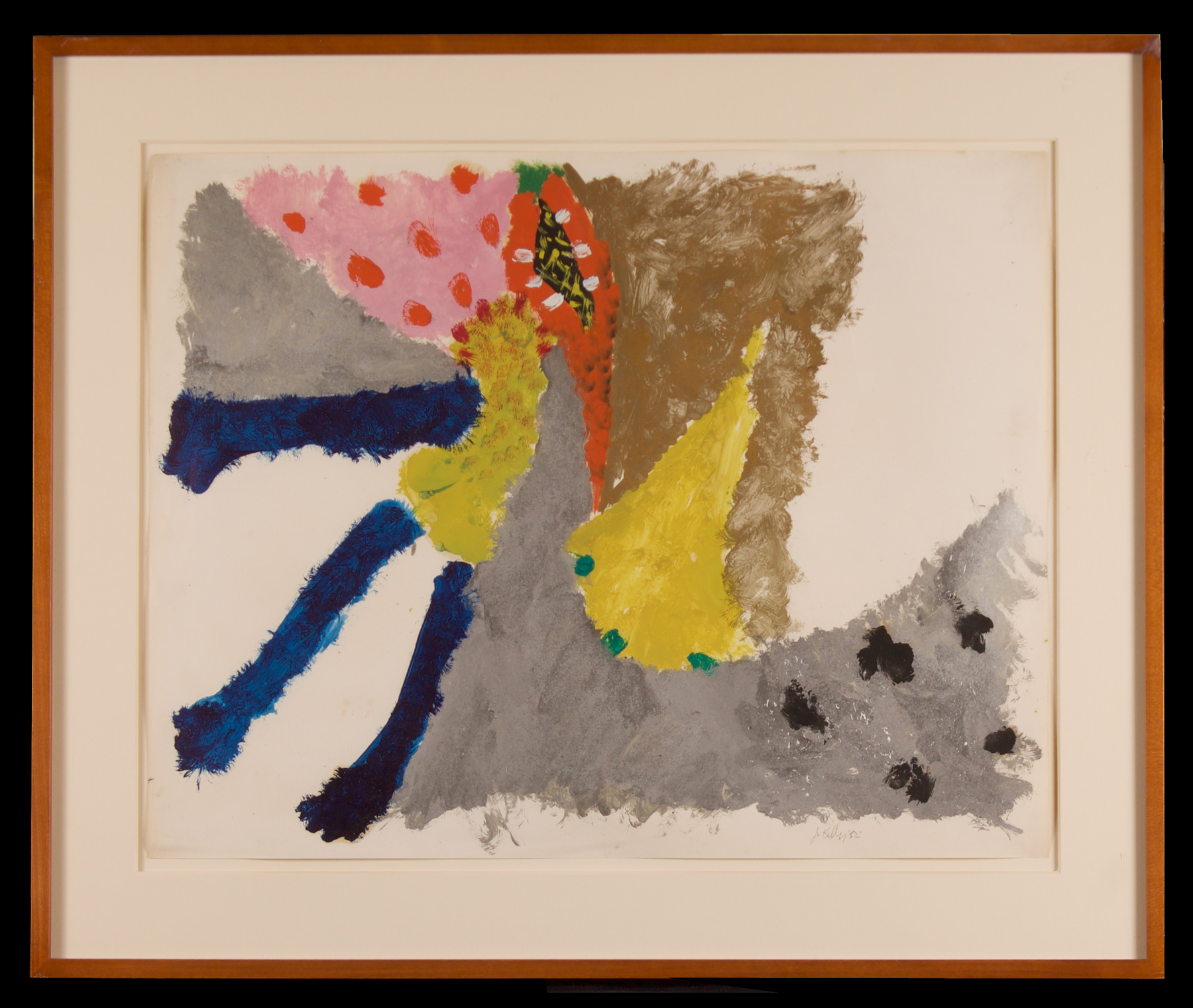 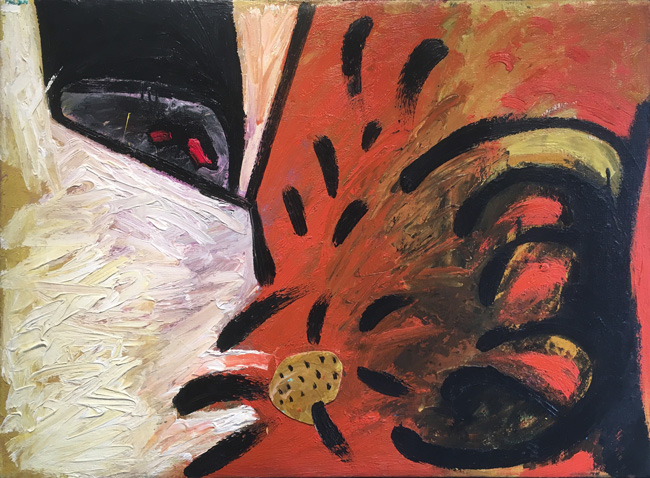 James Kelly was born in Philadelphia in 1913 to a family of shoemakers. While working in the family business by day, Kelly studied industrial arts at the University of the Arts, Philadelphia. He later continued his studies in the arts at the Pennsylvania Academy of Art, the Barnes Foundation on scholarship, and later the California School of Fine Arts from 1951-1954.

Kelly’s enlistment in the Air Force during World War II granted him the GI Bill and a ticket to San Francisco. It was there that his lithographic pieces received much attention, including that of Charles Dean, whose extensive Abstract Expressionist collection was acquired by the Library of Congress.

Kelly married fellow artist Sonia Gechtoff and moved to a studio on Fillmore Street in San Francisco. Their next-door neighbors included renowned artists Jay DeFeo, Wally Hedrick, and Michael McClure. It was during this time that Kelly developed his gestural, swirling style of painting, characterized by a heavy impasto.

In 1958 Kelly and Gechtoff relocated to New York, where Kelly worked at Grove Press while also receiving numerous awards for his art. He was awarded a Ford Foundation Grant for his lithography, a National Endowment for the Arts Grant, and a Peter and Madeline Martin Foundation for the Creative Arts Grant. Later on, in 1995, he was elected into the National Academy of Design. Kelly passed in 2003, leaving behind a legacy of nearly seven decades of work.