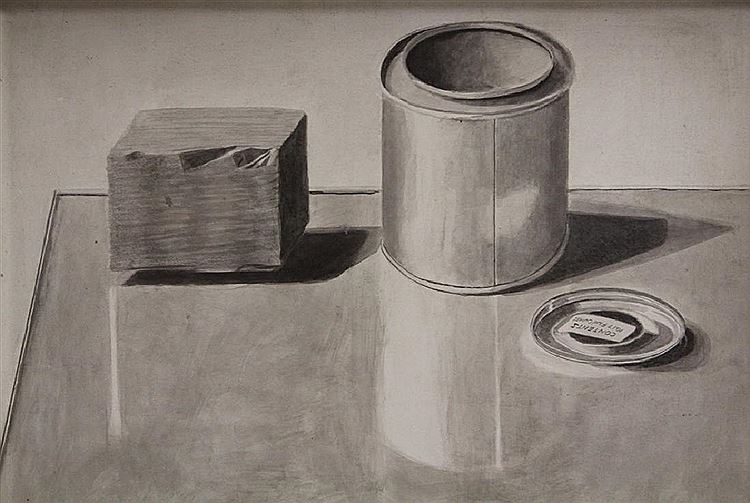 Gordon Cook, printmaker, painter, sculptor, and educator, was born in Chicago on October 3, 1927. Between 1945 and 1950, he was enrolled in studies at Illinois Wesleyan University where he earned his BFA. Cook studied intaglio printmaking with Vera Berdich in 1949 and attended S.W. Hayter’s lectures at the School of the Art Institute of Chicago. He relocated to Iowa City in 1950 for graduate studies in printmaking with Mauricio Lasansky.

The following year Cook moved to San Francisco where he worked as a printer’s apprentice in the International Typographical Union. He was to rely on his skill as a typesetter for employment for much of his life.

In his off hours he focused on his printmaking and the first exhibition of his etchings was held at the Porpoise Gallery in San Francisco.  He was a charter member of the Bay Printmakers Society, served on the Board of Directors, and exhibited in their annual exhibitions held at the Oakland Art Museum between 1955 and 1960.  Cook was included in the San Francisco Art Association’s annual drawing and

print shows between 1956 and 1963 and a retrospective of his etchings was mounted at the Achenbach Foundation for the Graphic Arts in 1964.

He met Joan Brown in the mid 1950s and they married in 1969.  During their marriage Cook turned to painting, putting aside his printmaking tools for about thirteen years. His paintings were exhibited at the John Boles and the Charles Campbell galleries in San Francisco.

In 1983, Cook resumes printmaking and the following year his work in sculpture resulted in a series of stick figure sculptures. He began a large bronze sculpture project in 1985 but he died that year on August 5th.