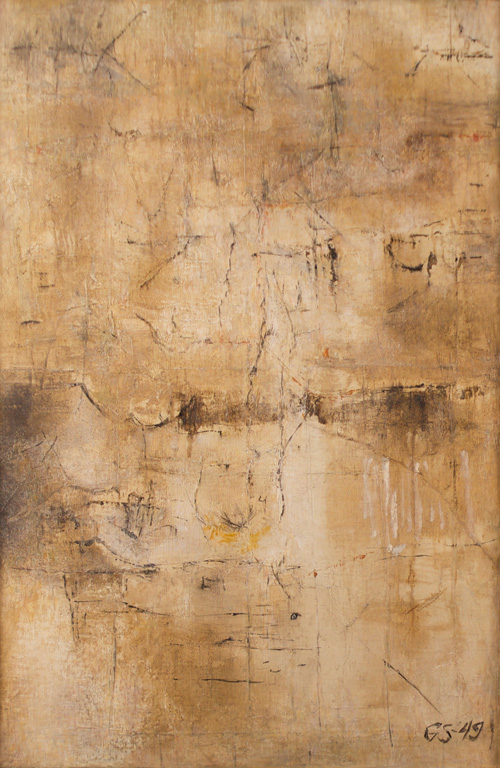 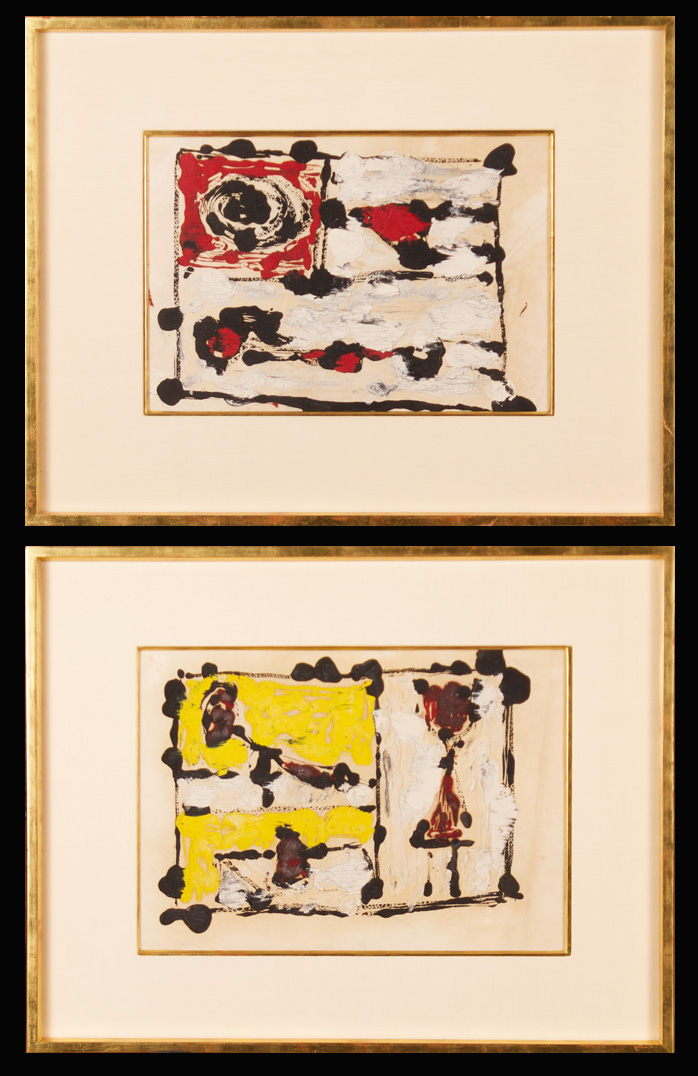 After the war ended, Stillman decided to study painting at the Califonia School of Fine Arts and got to know many of the first-generation Bay Area Abstract Expressionist artist.  With some of them, he formed a group called the “Sausalito Six” because most of them lived in the waterfront town of Sausalito. The group consisted of Richard Diebenkorn, John Hultberg, Frank Lobdell, Walter Kuhlman, James Budd Dixon, and Stillman.

The late 1940s were active years for Stillman, producing many works (over 1000) that ranged from pure abstraction to figurative subjects treated expressionistically.  He produced paintings that were influenced by Gottlieb’s abstractions.  He also would divide his canvas into rectangular panels, resembling the work of Rothko.

It was also at this time that he and some of the members of the “Sausalito Six” collaborated to create a portfolio of lithogrpahs entitled Drawings, and it is considered a landmark in the history of Abstract Expressionism printmaking.

In the 1950s Stillman went to Mexico to study and teach, and before doing so, hauled most of his work to the dump and as a result only a few dozen works survive from this phase of his career (1940s).