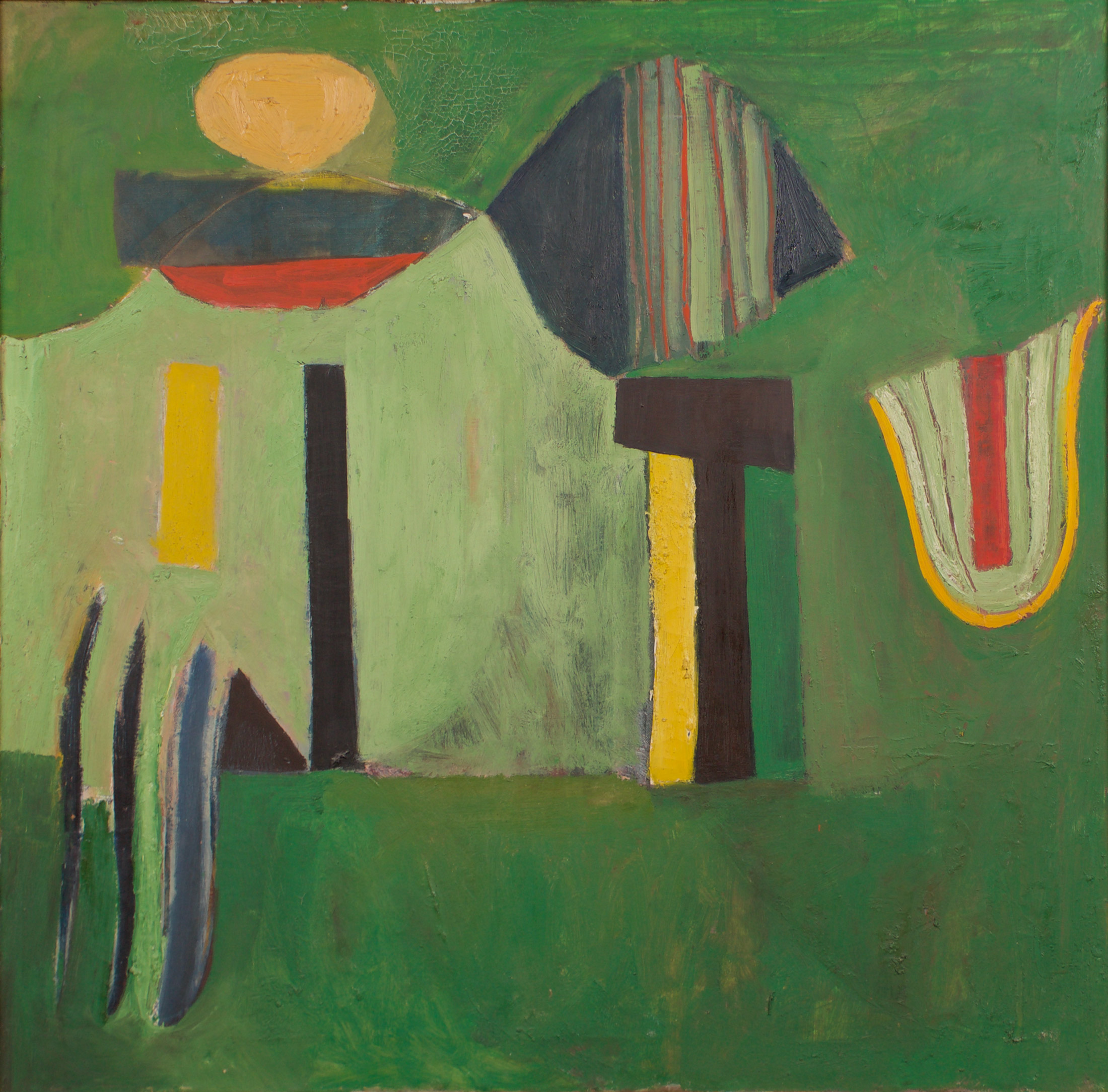 Born in Kansas City, Missouri in 1921, Frank Lobdell grew to be a prominent Abstract Expressionist painter. After some time spent in the Army, Lobdell settled in San Francisco and attended the California School of Fine Arts. It was there that he was asked to participate in weekly drawing sessions with the famous Elmer Bischoff and Richard Diebenkorn, amongst others. He continued in the field of art and education with teaching positions at his alma mater as well as Stanford University.