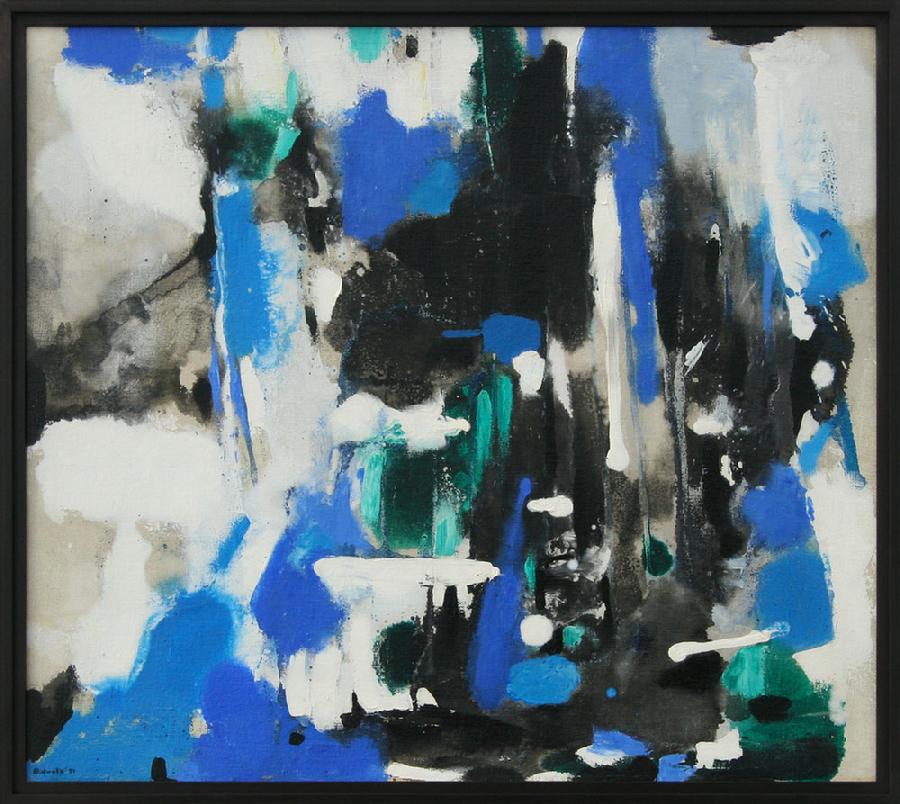 Felix Ruvolo was born in New York City in 1912. After spending time in Italy as a child, Ruvolo’s family returned to the United States where they settled in Chicago. Here, Ruvolo furthered his studies at the Chicago Art Institute and soon began exhibiting. The young artist was quickly gaining recognition and began teaching the Art Institute of Chicago in 1945 and continued teaching there for three years.

Ruvolo was soon recruited West, where he was asked to teach at Mills College in Oakland. After he moved to Berkeley, California he became a member of a group of artists known as the ‘Berkeley School,’ a collection of teachers and students from the University of California at Berkeley. Felix Ruvolo had previously worked in a primarily representational style until he began to adopt a dramatic, new abstract technique.

Felix Ruvolo  was widely reguarded during his lifetime and exhibited in the ground-breaking exhibition at the Museum of Modern Art in New York in 1951 as well as at the Whitney Museum of American Art, the Metropolitan Museum of Art, the Corcoran Gallery of Art, the Brooklyn Museum, the Carnegie Institute, the Pennsylvania Academy, Brazil’s Sao Paulo Biennial. His work his held in the public and private collections of the Chicago Art Institute, the Krannert Museum, the Walker Art Center, the Oakland Museum of Art, and the Auckland City Museum, New Zealand.