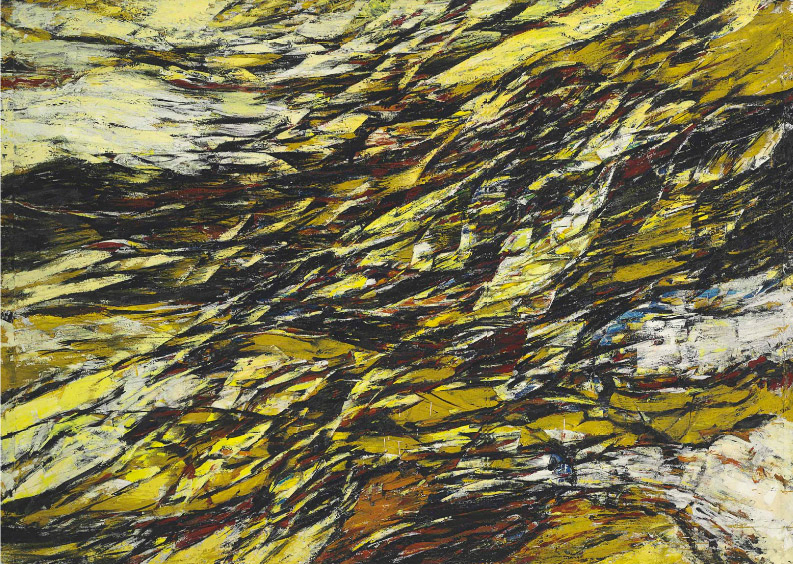 Ernest Briggs, an Abstract Expressionist painter, left California and arrived in New York in 1953 where he brought a fresh, lively approach to painting. During the 1950s as part of the New York avant-garde, Briggs was able to make a name for himself with his explosive and dynamic aesthetics. His works reflected a radical West Coast style that he developed at the California School of Fine Arts in San Francisco under the tutelage of artists such as Mark Rothko, Ad Reinhardt, and Clyfford Still.

He participated in several Whitney Museum Annuals and in 1956 and in 1956 was included in the Museum of Modern Art’s exhibition “12 Americans.”  He taught painting and sculpture at the Pratt Institute from 1961 until his death at age 61.