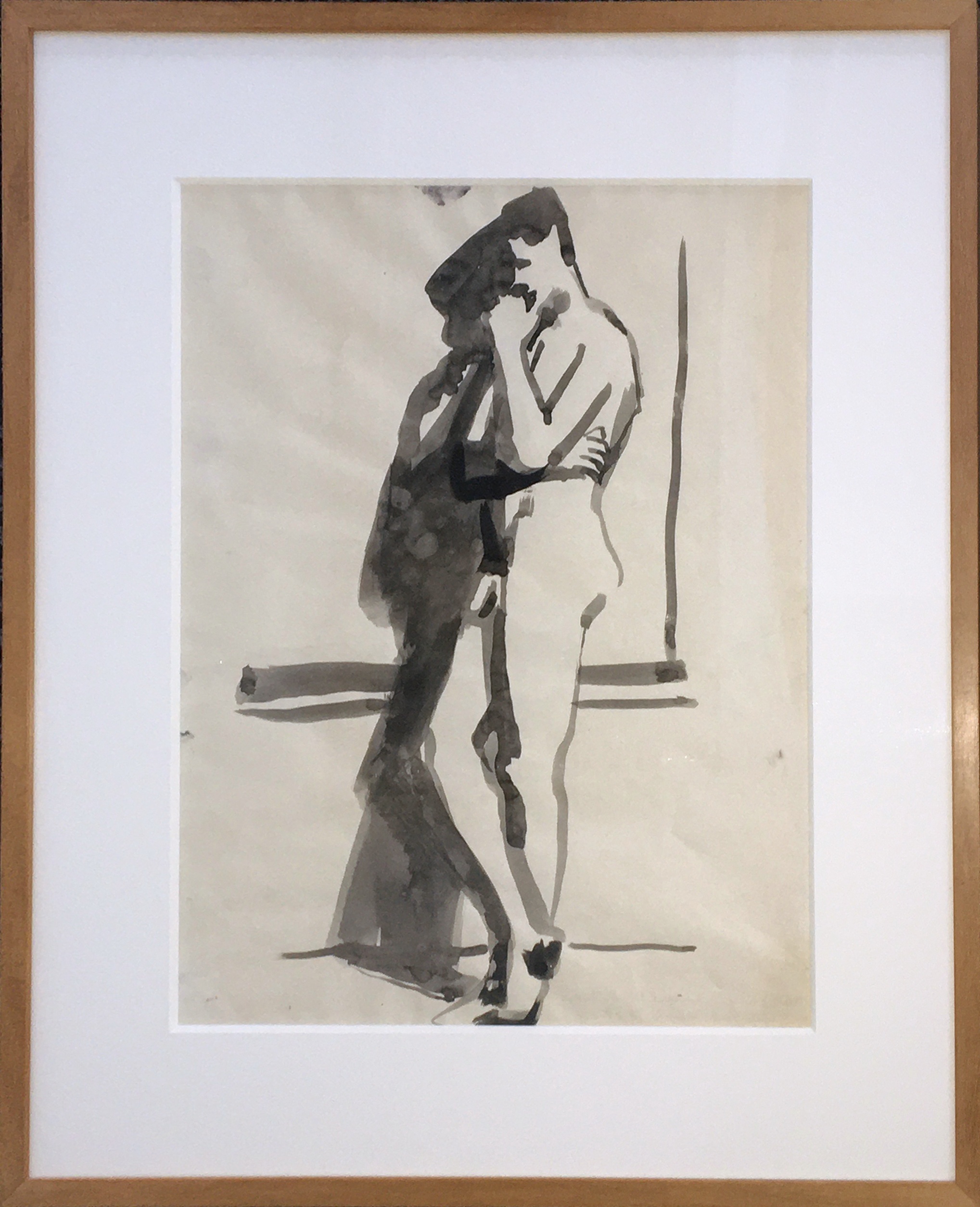 David Park was a painter and founding member of the Bay Area Figurative Movement, known for his thickly painted, intensely colored portraits. Born in Boston, Park moved to Los Angeles in 1928 to study at the Otis Art Institute for a year before dropping out. He went on to teach at the San Francisco Art Institute for many years, where he met at befriended fellow painters Richard Diebenkorn and Elmer Bischoff.

“He came under abstraction’s spell for a while but, like a bad candidate for hypnosis, never succumbed to it comfortably,” SF Chronicle art critic Kenneth Baker once wrote.
Boldly cropped figurative works, showing couples and small groupings of men and women, nudes and close-up, semi-abstract faces composed in an economy of broad brushstrokes would consume Park until his early death from cancer in 1960, at just 49 years old.
-Jessica Zack, San Francisco Chronicle

Park’s work has been the subject of solo exhibitions at Paul Kantor Gallery in Los Angeles, the Santa Barbara Museum of Art, the Oakland Museum of California, and the Palo Alto Art Center, among many others. The Whitney Museum of American Art held a major retrospective of his work in 1988.