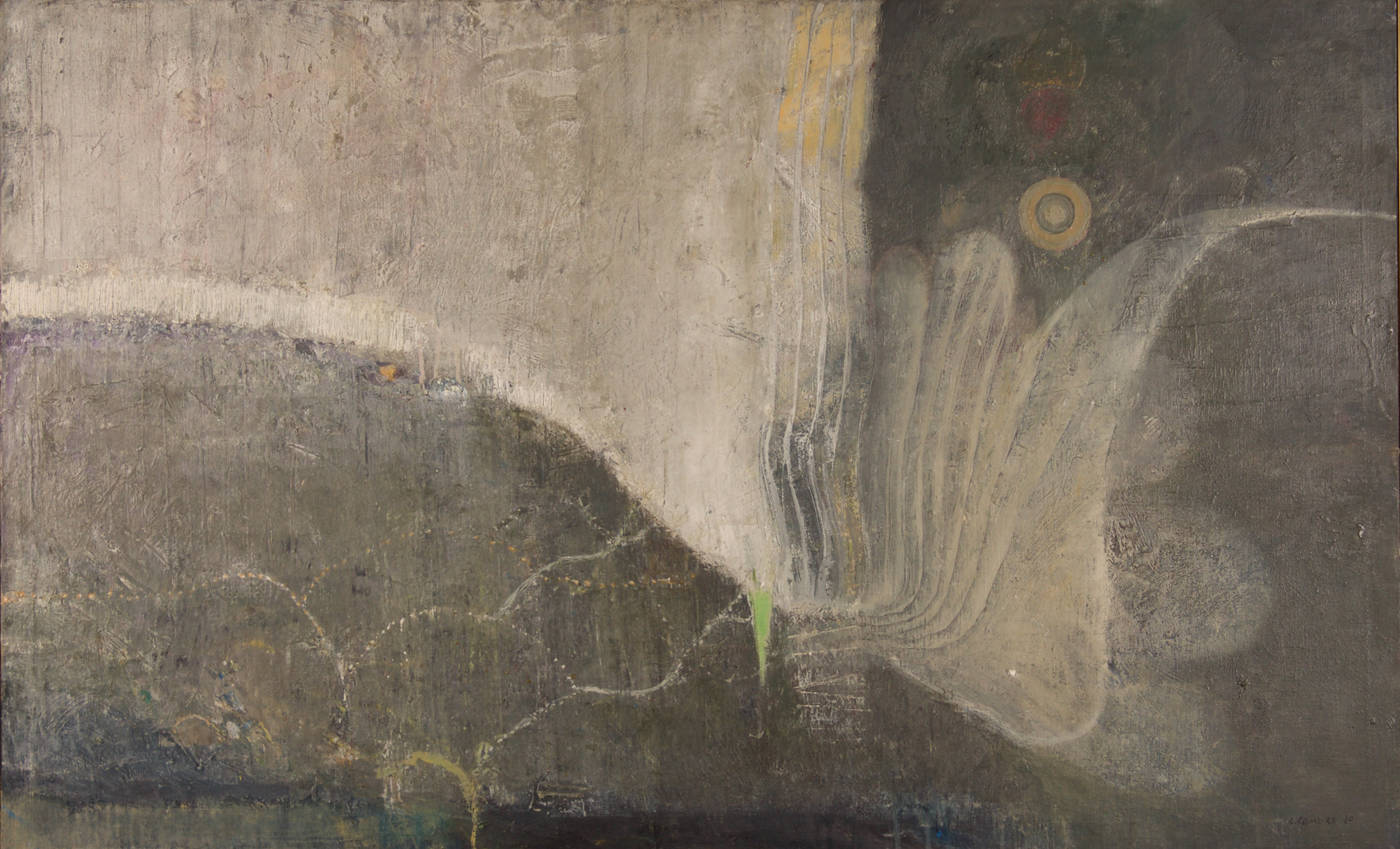 Arthur Okamura was born in Long Beach, California, February 24, 1932.  He was interned at the Santa Anita Race Track “Assembly Center” soon after Pearl Harbor was bombed by Japan, on December 1, 1941.  After 6 months, he and his family were transferred to Amache Relocation Center in Colorado, where they lived for three years.

After the war ended in 1945, Arthur and his family relocated to Chicago, Illinois. There he attended grammar school, high school and the School of the Art Institute of Chicago.  It was in Chicago that he got married and started off in his formative years as an artist.  Arthur had always planned to be an artist and began working after school at a silkscreen poster studio when he was fifteen years old.  He worked there for twelve years and became the main layout artist and stencil cutter.

Upon graduating from the Art Insititute in 1945, he received the Edward L. Ryerson Foreign Travel Fellowship and went, with his wife, to Mallorca in the Balearic Islands to paint.  It was in Mallorca that he first met Robert Creeley.  Creeley became a close friend who offered him inspiration and influenced his work.  Back again in Chicago in 1956, Arthur, his wife and his first child packed up their car and moved to San Francisco, at the suggestion of Arthur’s Chicago art dealer, Charles Feingarten, who was opening a gallery in San Francisco.  Subsequently, Feingarten opened other galleries in Carmel, Los Angeles and New York.

For years Arthur Okamura painted and exhibited prodigiously. In 1959, now with four children, Arthur moved from San Francisco to Bolinas.  He and his wife at that time divorced and have since remarried.

In 1997 Arthur retired from teaching at the California College of Arts and Crafts in Oakland, California, where he taught for 31 years.