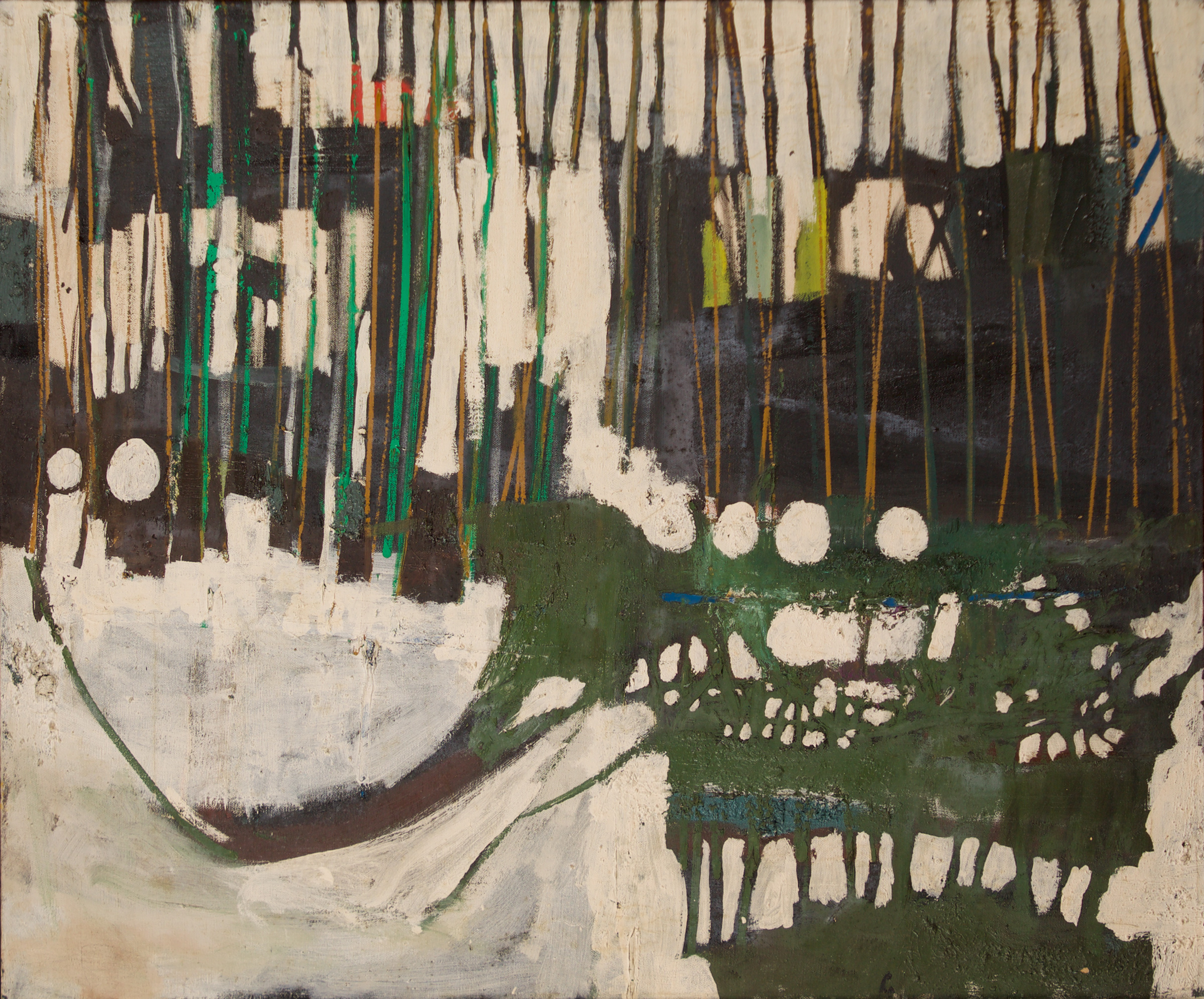 John Hultberg was born in Berkeley, CA.  He served as a lieutenant in the Navy during WWII and after the war, enrolled in UC Berkeley in a Master’s Program in English Literature.   Hultberg soon became more interested in painting and transferred to the San Francisco Art Institute where he studied under the GI Bill with friends and mentors Richard Diebenkorn, Mark Rothko and Clifford Still.

In 1947 Hultberg moved to Sausalito and became part of a loose association of fellow painters from the SF Art Institute, including Richard Diebenkorn, Frank Lobdell, Walter Kuhlman, James Budd Dixon and George Stillman, who came to be known as the Sausalito Six.  Like the other members of the group Hultberg was an Abstract Expressionist; however he was never fully comfortable with non-objective painting.  His work often contains references to the natural world and he is well known for his powerful use of color, and for his strong, fractured landscapes with ominous horizons and dense, abstract shapes.