Richard Ayer spent his childhood in Utah and at age 15 moved to Fort Bragg, California where he graduated from high school. From the College of Marin, he enrolled at the California School of Fine Art, where he studied sculpture under Stackpole. He later studied collage under Jean Varda, sculpture under Zygmun Sazevich, and lithography with Stanley Hayter, but as a painter was self-taught. He served in WWII in the Army and later returned to San Francisco where he remained until his death on August 27, 1967. 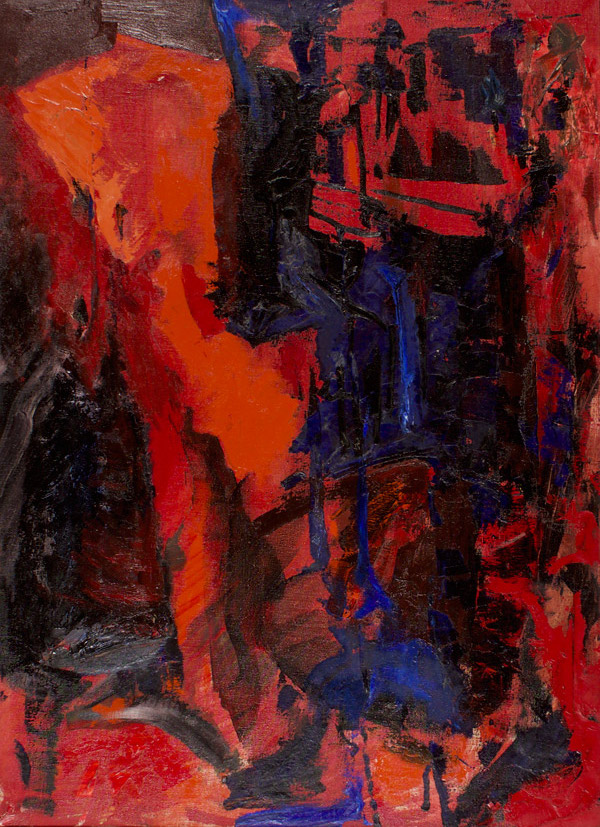